Thrilling news! Michelle Segre, whose wonderfully quirky sculptures are on view at LABspace (with equally disarming and charming paintings by Erica Svec) just received great press for her seen-through-the-window-24/7 sculpture "Porous Porous" at 55 Gansevort (a block away from the new Whitney.) Her one-sculpture show there was chosen one of the top 5 shows of the week in NYC by Time Out! Way to go Michelle. Be sure not to miss her equally wonderful show at LABspace through August 8th.
From Time Out "It’s hard to pin down Segre’s work, though her mixed-media sculptures do appear to contain bits of DNA from the work of Alexander Calder and David Smith: She combines the former’s surreal whimsy with the latter's penchant for composing objects pictorially, less in the round than as flattened forms suspended in space. Though Segre also creates drawings that often achieve an almost psychedelic busyness, the pieces presented in this 24/7 MePA storefront showcase are sculptural. The fact that they can only be viewed from the street like a window display emphasizes the interplay between two and three dimensions."
Michelle Segre in Time Out NY

Posted by LABspace at 6:15 PM No comments:

From The Flat Files- Philip Taaffe

From the Flat Files: This gorgeous Philip Taaffe work on paper is available out of the LABspace flat file. We have lots of goodies in the files. Please ask to explore. These flat files are old friends. I acquired them from an architect closing shop when I was in grad school at Hunter as payment for helping to move things. The architect was my professor and boss, Dara Birnbaum's father. They need a new paint job, I see. Those are Michelle Segre's "Drift Bread" sculptures on top. 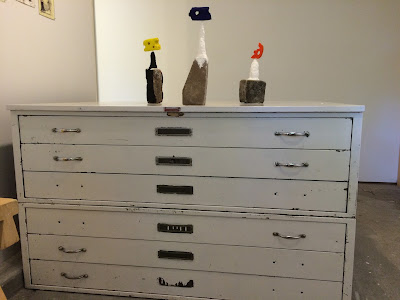 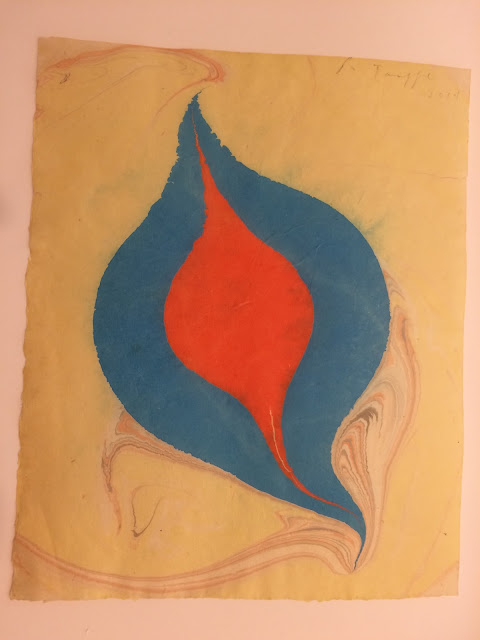 Posted by LABspace at 6:11 PM No comments:

Email ThisBlogThis!Share to TwitterShare to FacebookShare to Pinterest
LABspace is extremely pleased to be named one of the top 5 small art venues of the region in this article "Capital Region is rich in small-scale art venues" Thank you Amy Griffin!

Capital Region Is Rich In Small Scale Art Venues by Amy Griffin
"LABspace, Hillsdale
Originally in Great Barrington, LABspace recently moved over the state line to Hillsdale. But the program of fresh and exciting contemporary art exhibits and events has not changed. Founded and directed by artist and musician Susan Jennings, the gallery has also hosted performance art, readings and experimental music. The current show, open through Aug. 8, pairs sculptures by Michelle Segre and paintings by Erica Svec. Segre is known for her quirky sculptures that incorporate traditional sculpture materials with children's toys, mushrooms, wire and tape. Svec's boldly gestural abstract paintings grew out of her fascination with the mind's ability to create new meanings for things through narrative associations. 2642 NY Route 23, Hillsdale, Columbia County. Hours: 1 p.m. to 6 p.m. Thursday and Friday, 11 a.m. to 6 p.m. Saturday and by appointment. Free.labspaceart.blogspot.com."
Posted by LABspace at 5:45 AM No comments:

Hillfillies to perform at LABspace Saturday August 1 at 4pm 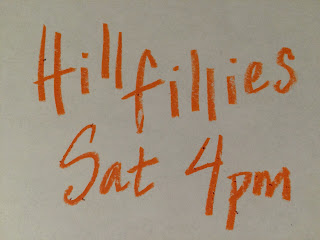 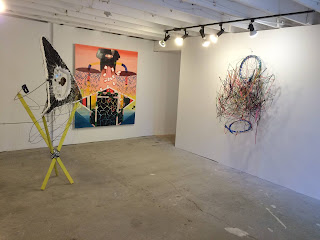 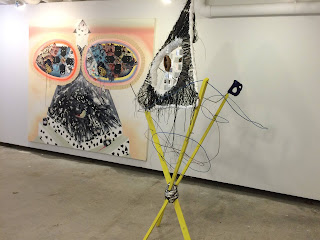 Michelle Segre and Jennifer Sirey are Hillfillies. Blueberry Cobbler will be in the house. So will Segre's sculptures along with Erica Svec's paintings.

Posted by LABspace at 4:51 AM No comments:


LABspace is very pleased to announce the opening of a sculpture installation by the Louis Comfort Tiffany award-winning sculptor Michelle Segre of Mount Washington, MA and New York, NY. Segre’s sculpture will be joined in the exhibit with paintings by Erica Svec, who lives and works in Brooklyn. The exhibition opens on Friday, July 10th with a reception for the artists on Saturday, July 11th from 12-2pm. The exhibition closes on Saturday August 8th. LABspace is located at 2642 NY Route 23 just west of NY Route 22 in Hillsdale, NY.

Michelle Segre’s entirely singular and quirky sculptures are created from an amalgam of craft materials such as string, chenille stems and yarn along with quotidienne found objects such as her child’s toys or dried mushrooms, all of which she combines with traditional sculpture materials and armatures. The sculptures are giant energy sucking super-nova amoebas (or 3-d representations of a kid’s drawings about such things.)

Erica Svec created fresh and fierce paintings out of her fascination with the mind's ability to re- contextualize words, ideas, objects and images so that new meanings evolve through narrative associations. The bold gestures and marks making in her abstract paintings eventually reveal a surprising representation of out of context combinations of everyday life objects.

LABspace, which recently moved to the Hillsdale General Store building below CrossRoads Food Shop from a former location in Great Barrington, MA, was founded and directed by the artist Susan Jennings. The gallery is dedicated to experiments in curation, exhibiting category-busting and/or materially surprising contemporary art, and hosting performance art, screenings, readings and music that push the boundaries of categorization, participation and/or experience.

The gallery is open Thursdays and Fridays from 1-6pm and Saturdays from 11am-6pm and by appointment via labspaceart@gmail.com. 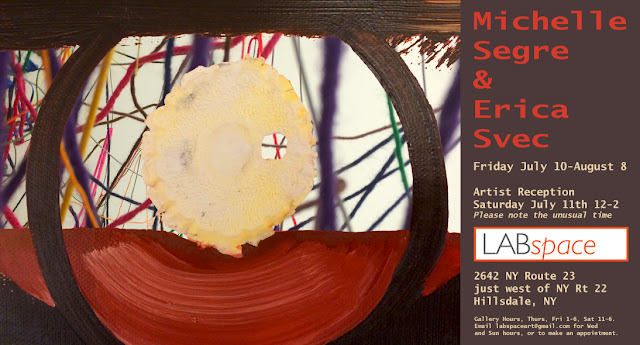