“I fell back asleep some time later on
And I dreamed the perfect song
It held all the answers, like hands laid on
I woke halfway and scribbled it down
And in the morning, what I wrote, I read
It was hard to read at first but here's what it said:
"Eid ma clack shaw zupoven del ba
Mertepy ven seinur cofally ragdah"

-   Bill Callahan, from Sometimes I Wish We Were an Eagle

Review  in The Albany Times Union

"In the song "Eid Ma Clack Shaw," singer-songwriter Bill Callahan sings of a grieving man who dreams the perfect song and wakes to write it down. In the morning he finds a string of gibberish, referred to in the song's title. Despite the lack of literal meaning, the gibberish finds its way into song. Likewise, the artists in the group show of the same name on view now at LABspace in Great Barrington, aren't interested in text for any kind of literal meaning.
By sheer coincidence, this tight little group show joins a multitude of shows in the region dealing on some level with text. From Fathi Hassan and Andy Warhol at Williams College, the "Mot Juste" program of exhibits at Union College and "Bibliothecaphilia" at MASS MoCA, text and art seems to be an unofficial theme of the region's recent art offerings. It's a rich vein to mine, with each show approaching the subject differently. For this show, curator Abby Messitte was drawn to text as formal element, not unlike texture or color. The Callahan song offered the perfect way in for thinking about the value of text devoid of meaning. She writes in her curatorial statement that the dream song's "flawlessness is not compromised by the nonsensical content of the lyrics."
She's chosen 11 artists who draw over and around letters, add them into compositions or fashion works (and bodies) into letters. Whiting Tennis, whose show at the Tang three years ago included sculpture, painting, prints and collage, is represented here by two small pieces on newsprint. "Wiseguy" features a line drawing of a shape that resembles at once a biomorphic and architectural form. The letters provide the background, sometimes redacted, sometimes highlighted by his marks. It's hard to resist finding words, such as "pity," which stands out at the bottom of the piece.
Graham Hamilton has taken his artist statement, the bane of artists everywhere, and cut it, backwards into painted fiberboard, which is also riddled with holes. It's an elegant act of rebellion.
Steve DiBenedetto's colored pencil drawing is a series of repeated psychedelic explosions of color, contained by black shapes that reveal themselves to be words. "Laugh Now, Dammit," the piece commands. Rather than have the text recede and sneak up on you,Wayne White emblazons it across a thrift store painting. Over a woman playing piano scream the words, "OVERCONFIDENT MEN ON HORSEBACK." The phrase demands attention and though the colors correspond to the woman's dress, the words provide a humorous contrast to the self-serious original painting.
There's a certain poignancy to Damien Crisp's small painting on paper in which the words "We are temporary" are melting into blobs of black and gray paint, almost illegible on a bright orange ground. Rob Fischer's architectural steel and glass piece is like a remnant from a construction site with a single word that appears to be a contractor's note in grease pencil. "Bedroom" is all it says, backwards. It's the lone gestural addition to an otherwise geometric piece and Fischer signals its importance by using it as the title of the piece.
Sarah Greenberger Rafferty makes acrylic letters featuring performers making the same letters with their bodies. The darkened figures and stained substrate save these whimsical letters from looking like children's wall decor.
Rounding out the show are collages utilizing book pages by Simone Shubuck, small expressionist paintings with collage by Despina Stokou, a painting and a drawing by Ellen Berkenblit and a relief piece by Ruby Sky Stiler." 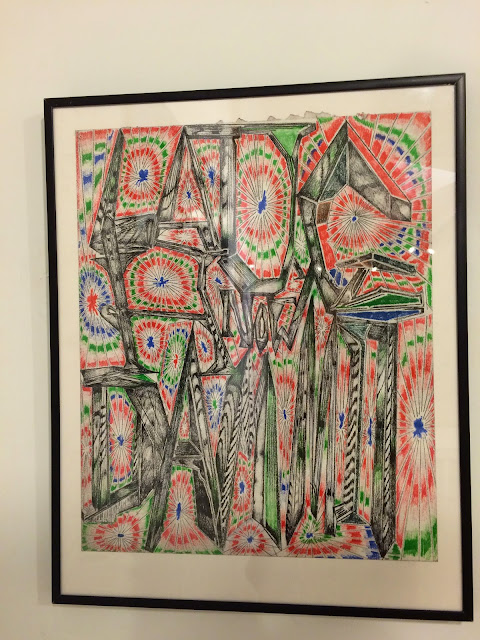 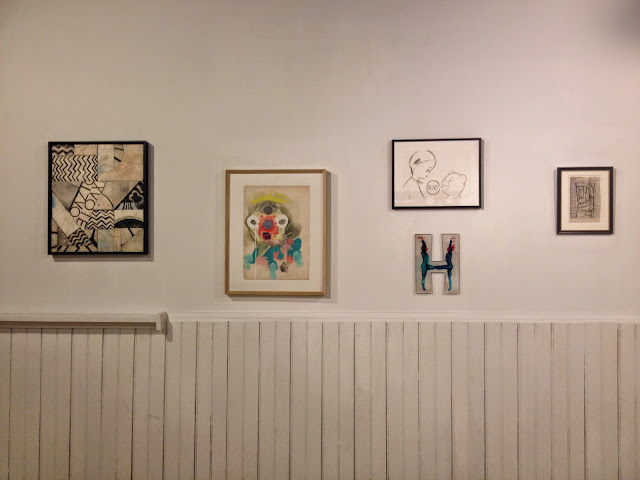 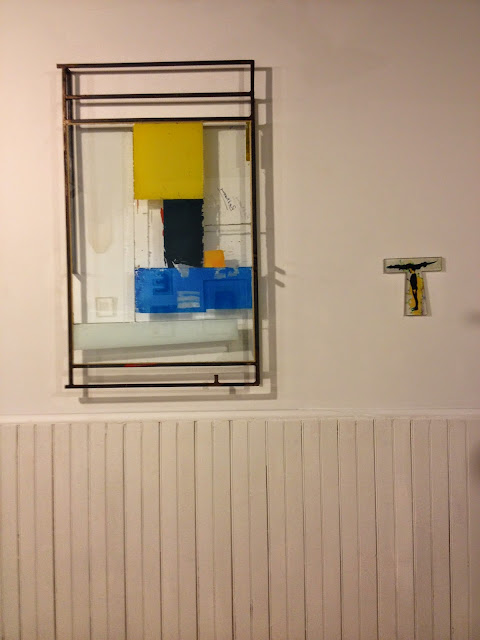 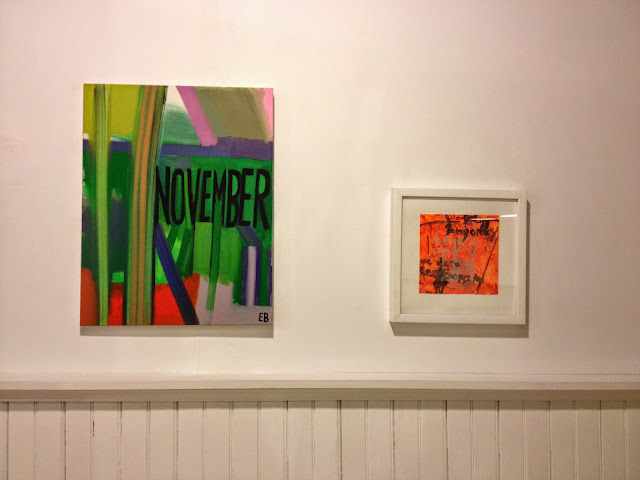 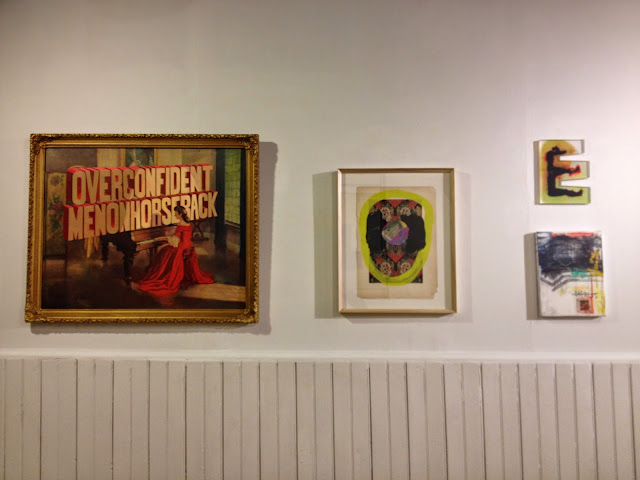 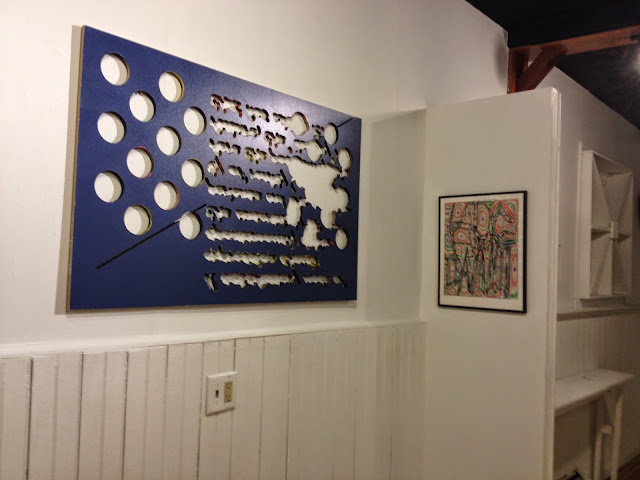 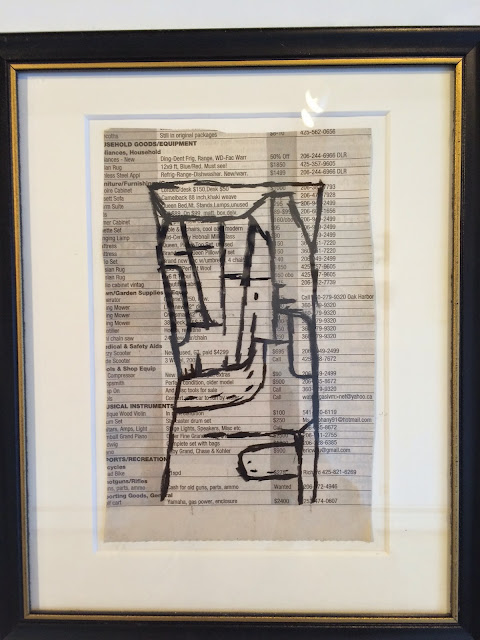 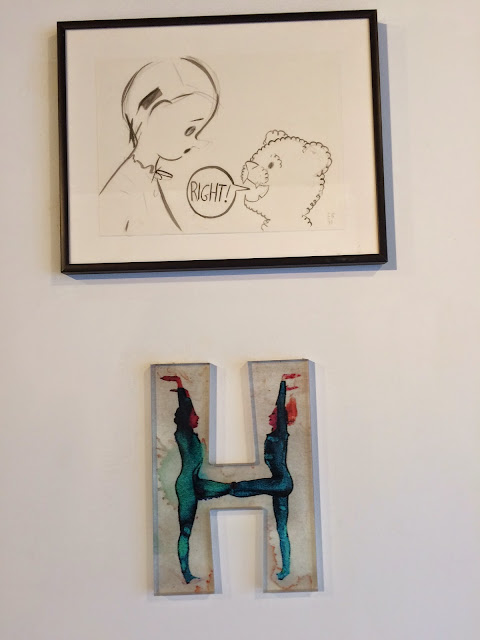 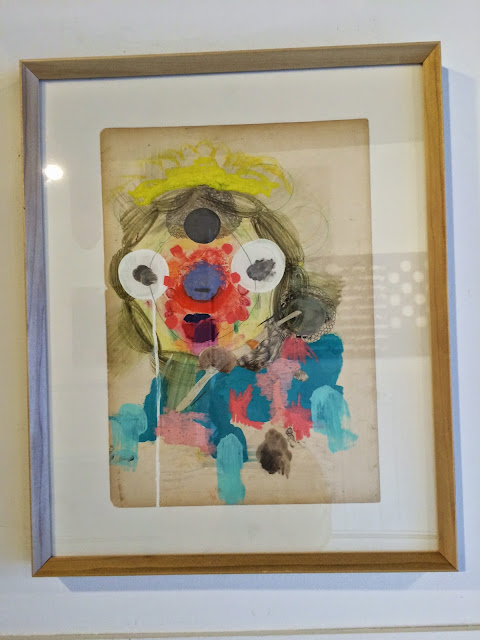 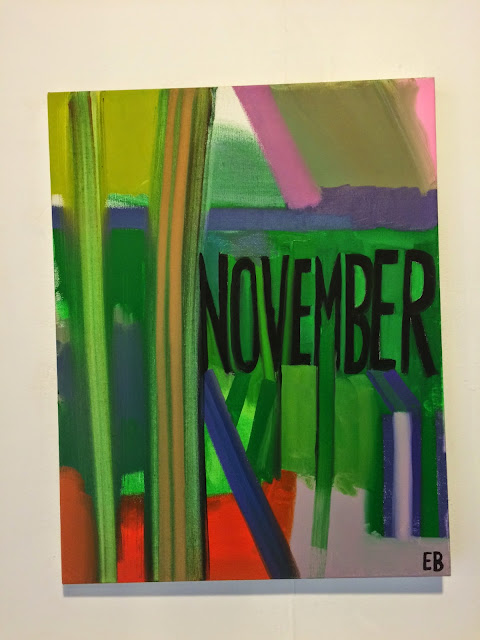 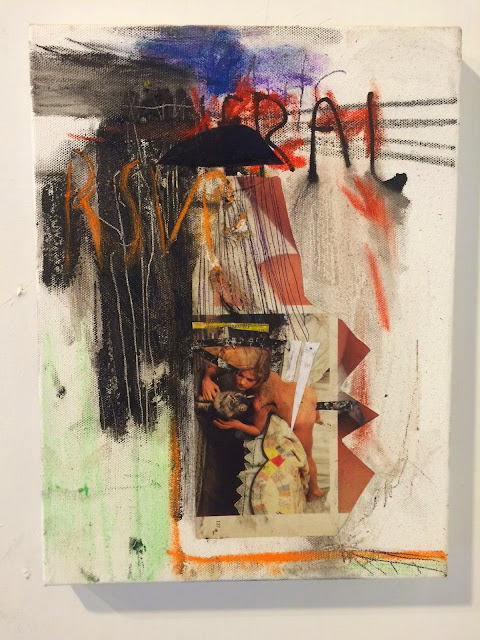 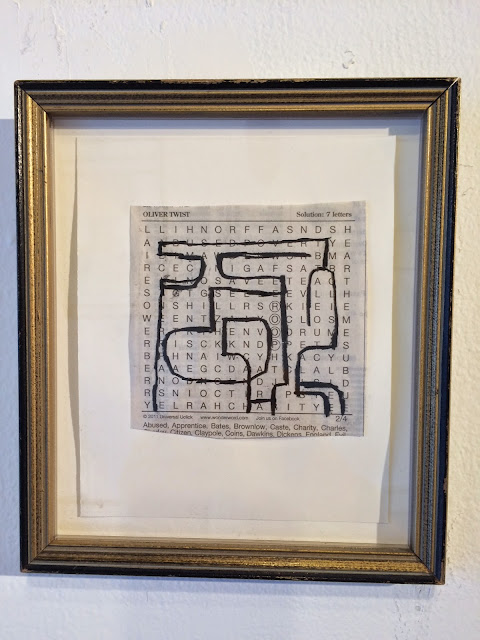 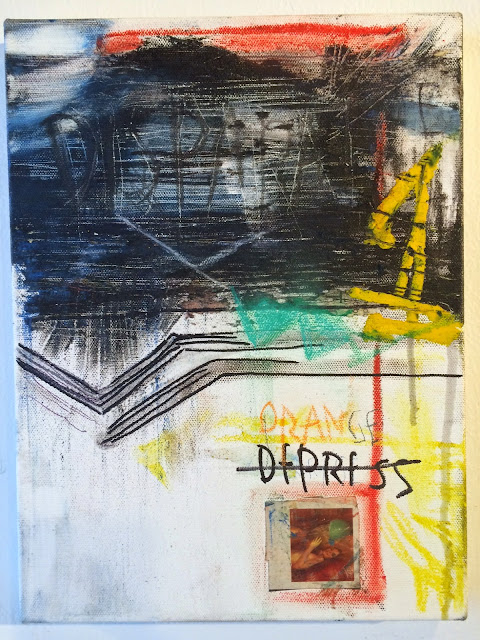 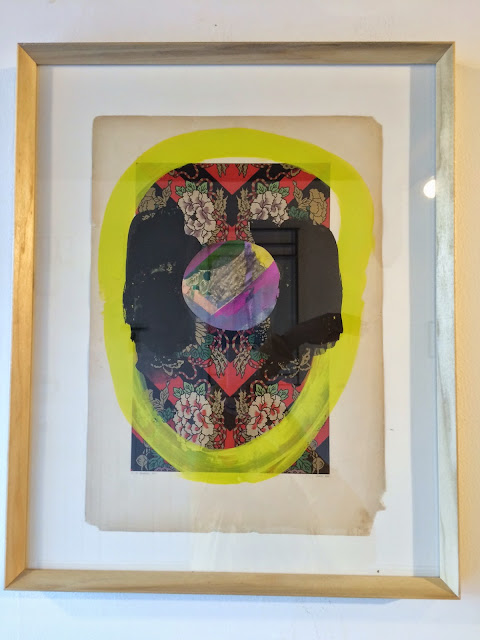 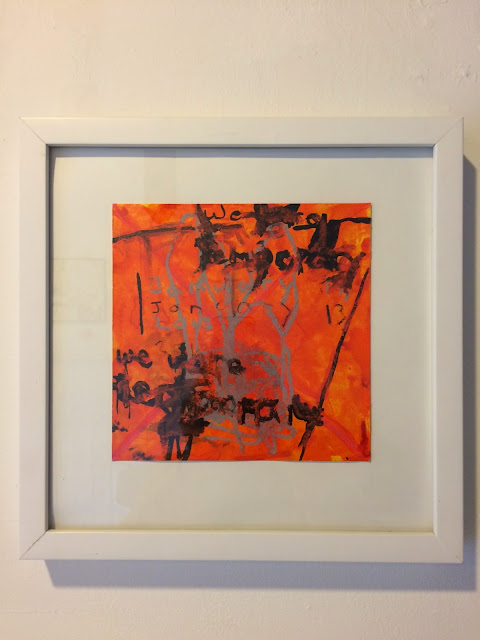